foodsavvy Leave a Comment on MY FAVOURITE CHAPATI RECIPES 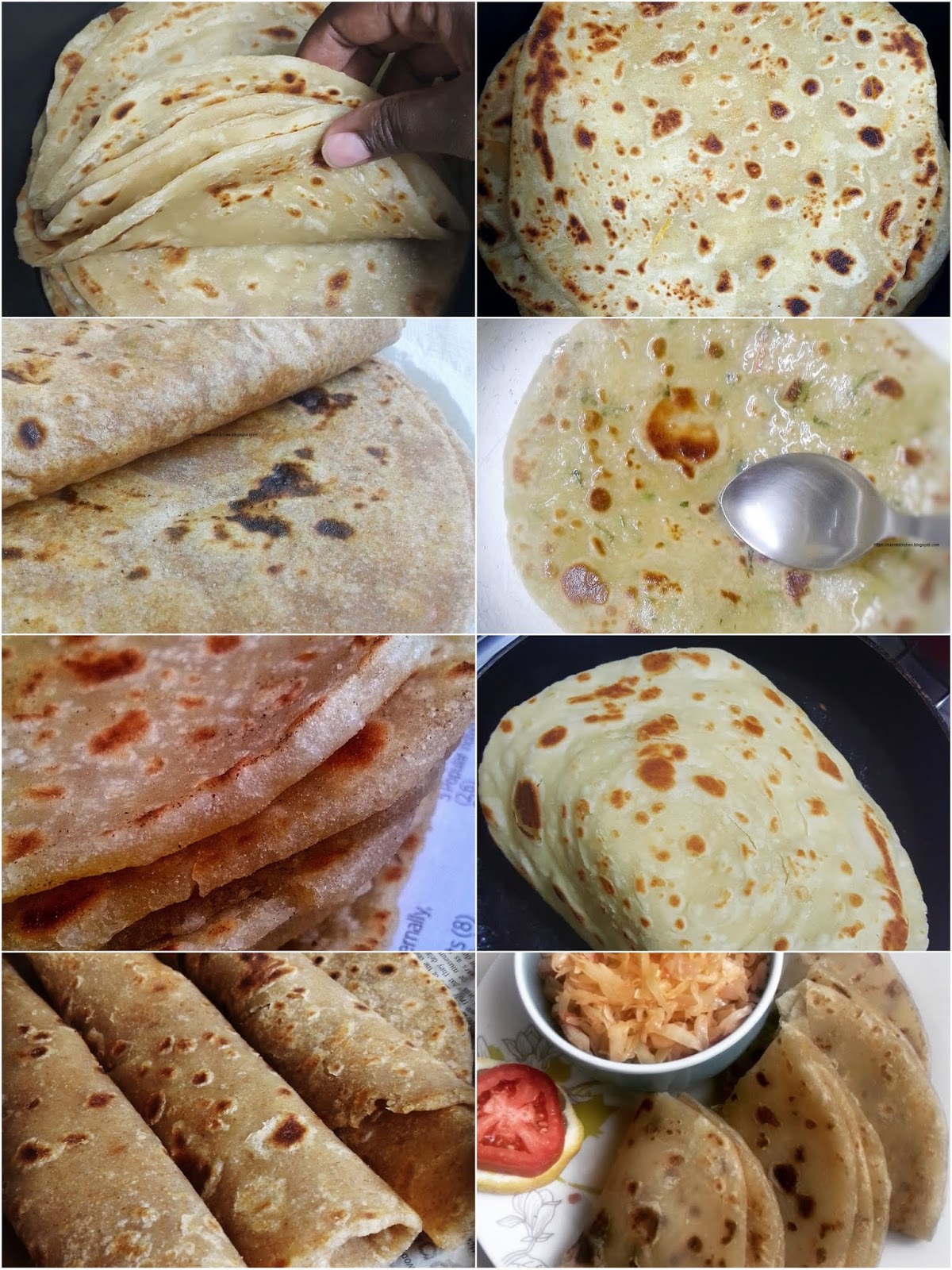 Chapati is also spelled as chapatti,
chappati, chapathi, or chappathi, also known as roti, safati, shabaati, phulka
and (in the Maldives) roshi.  Chapatis
are made of whole-wheat flour known as atta, mixed into dough with water,
edible oil and optional salt in a mixing utensil called a parat, and is cooked
on a tava (flat skillet). Chapati dough is typically prepared with flour, salt
and water, kneaded with the knuckles of the hand made into a fist and left to
proof for at least 10 or 15 minutes to an hour for the gluten in the dough to
develop. After proofing, the dough becomes softer and more pliable. Small
portions of the dough are pinched off and formed into round balls that are
pressed between the two palms to form discs which are then dipped into flour
and rolled out on a circular rolling board (a chakla), using a rolling pin
known as a velan or belan, into a flat disc.The rolled-out dough is then
thrown on the preheated dry tava and cooked on both sides.


In some regions of
the Indian subcontinent chapatis are only partially cooked on the skillet, and
then cooked directly over a flame, which makes them rise. The hot stream cooks
the chapati rapidly from the inside. In some parts of northern India and
eastern Pakistan, this is called a phulka. In southern parts of India, it is
called a pulka. It is also possible to puff up the roti directly on the tava.
Once cooked, chapatis are often topped with butter or ghee.  In western regions of Maharashtra, some oil is
added inside rolled out dough and then put on tava, this is distinct from
paratha.

There are many regional varieties
of chapati in India.

Here are some of my favourite chapati recipes on my blog 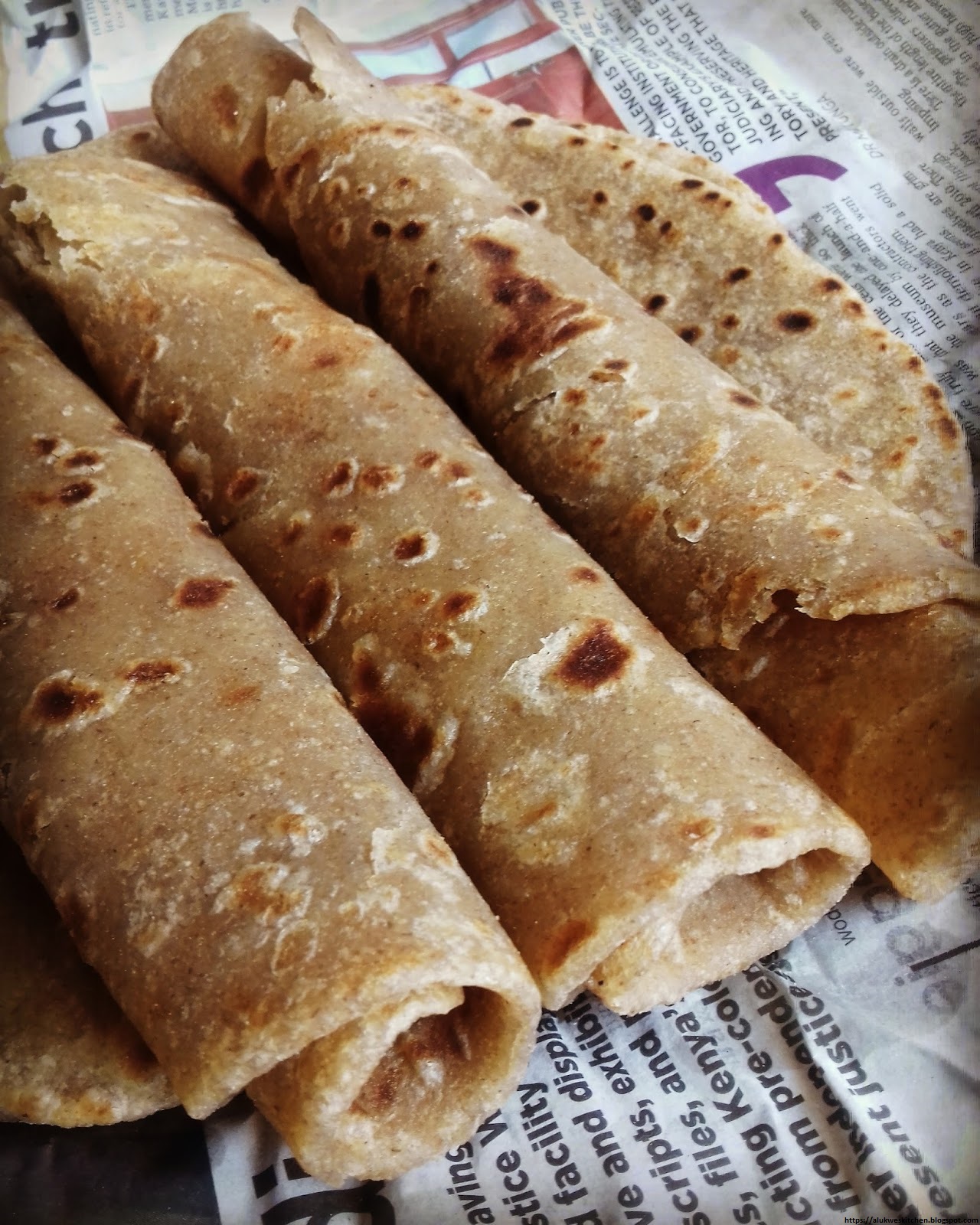 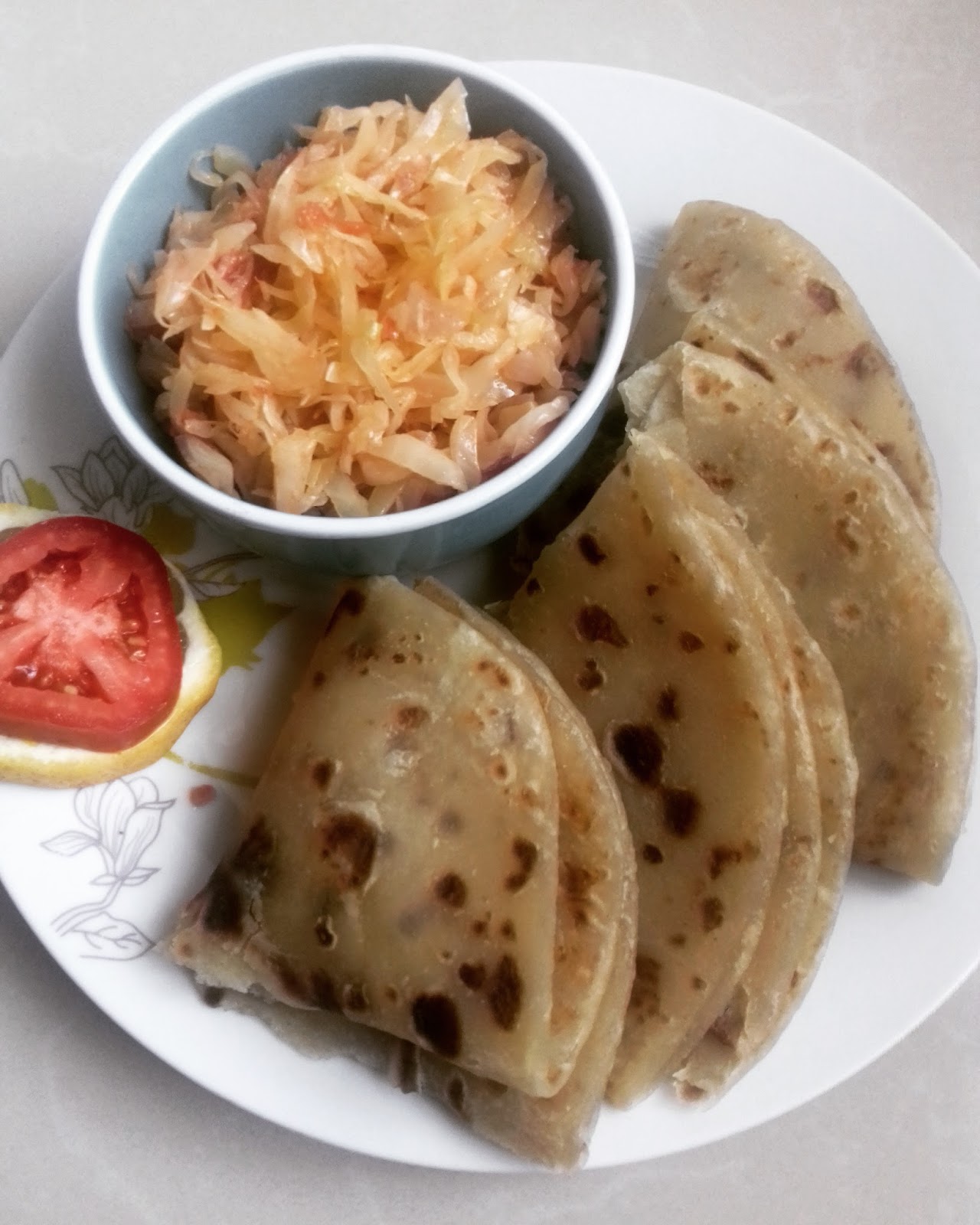 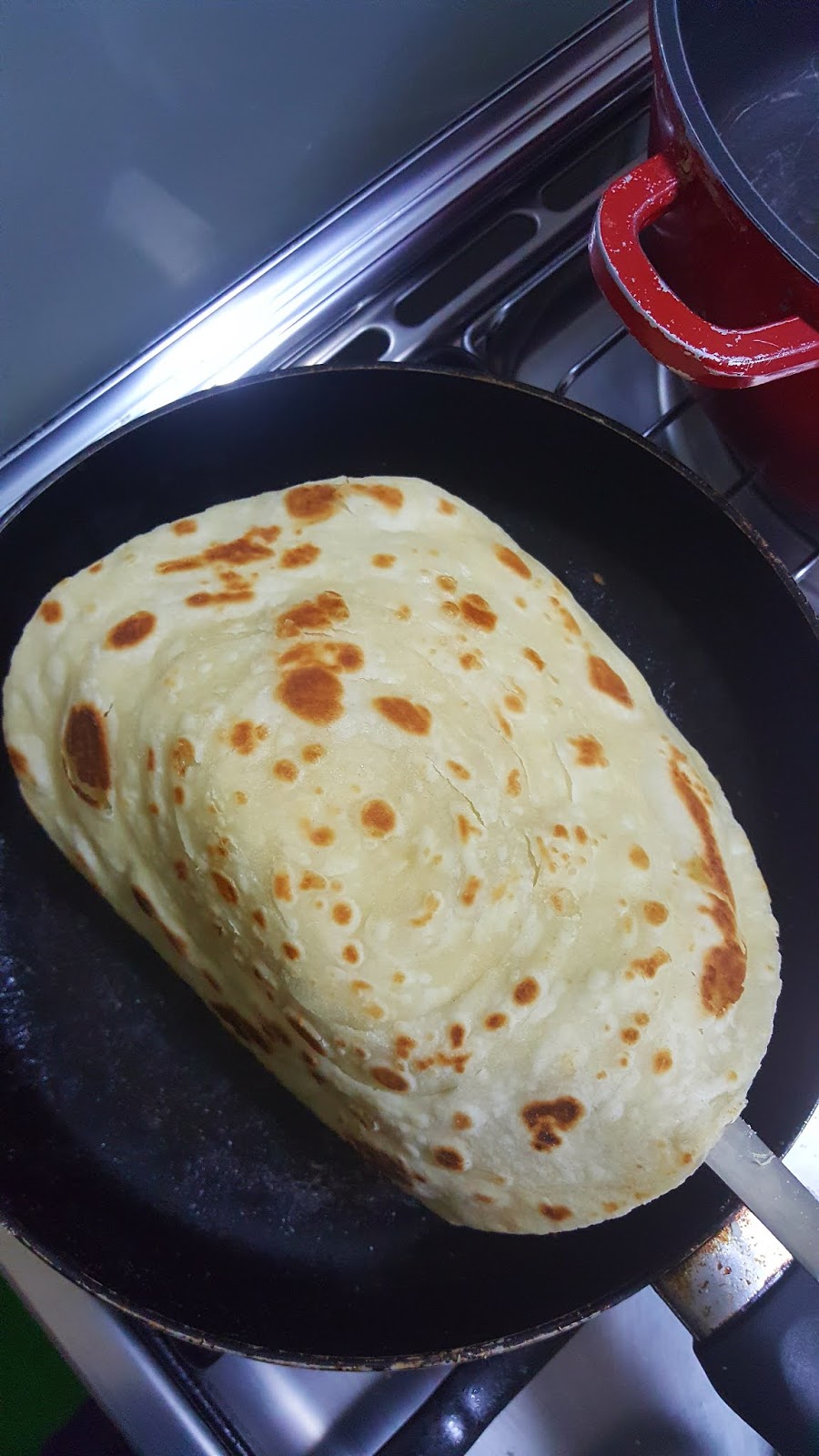 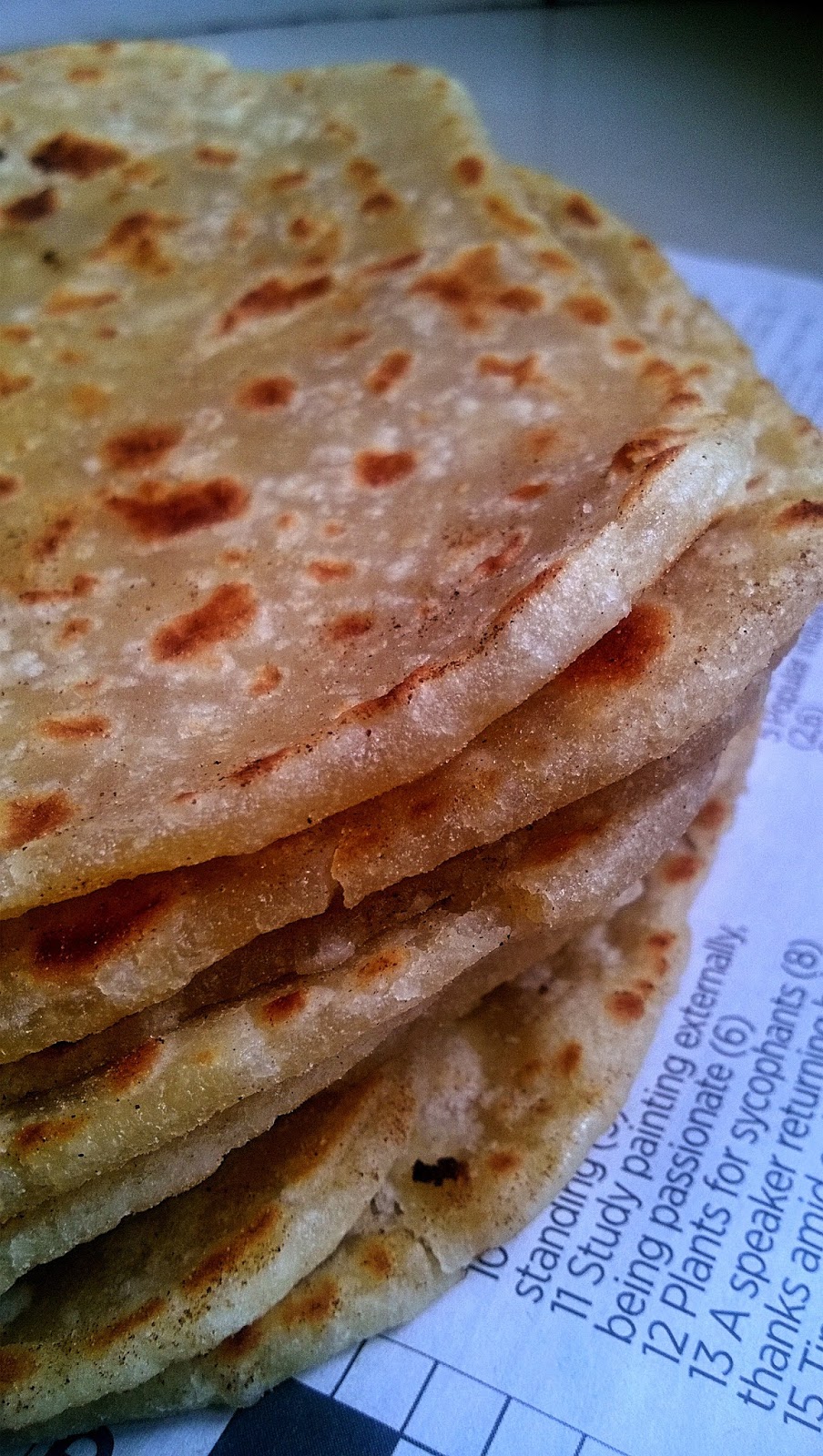 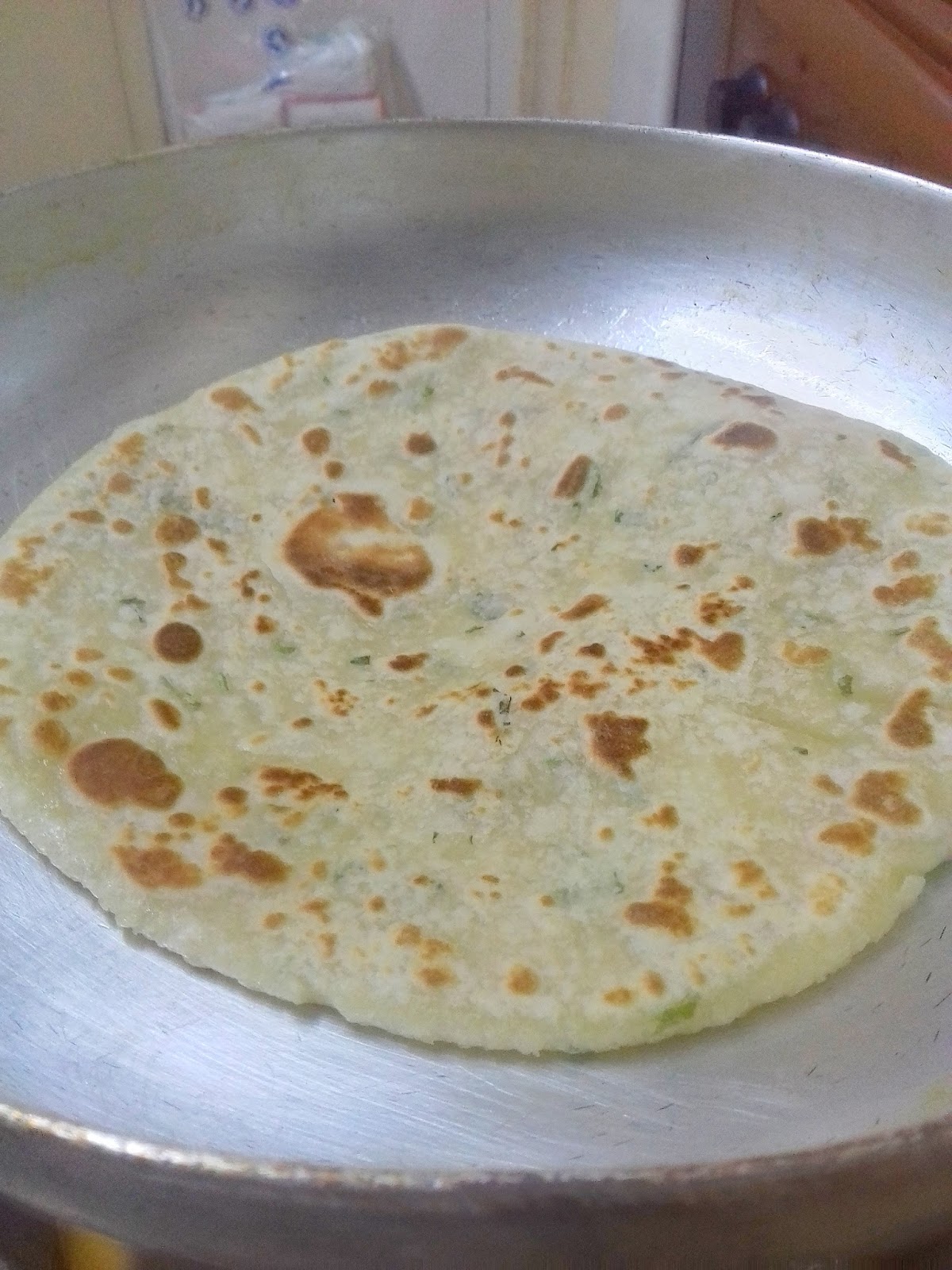 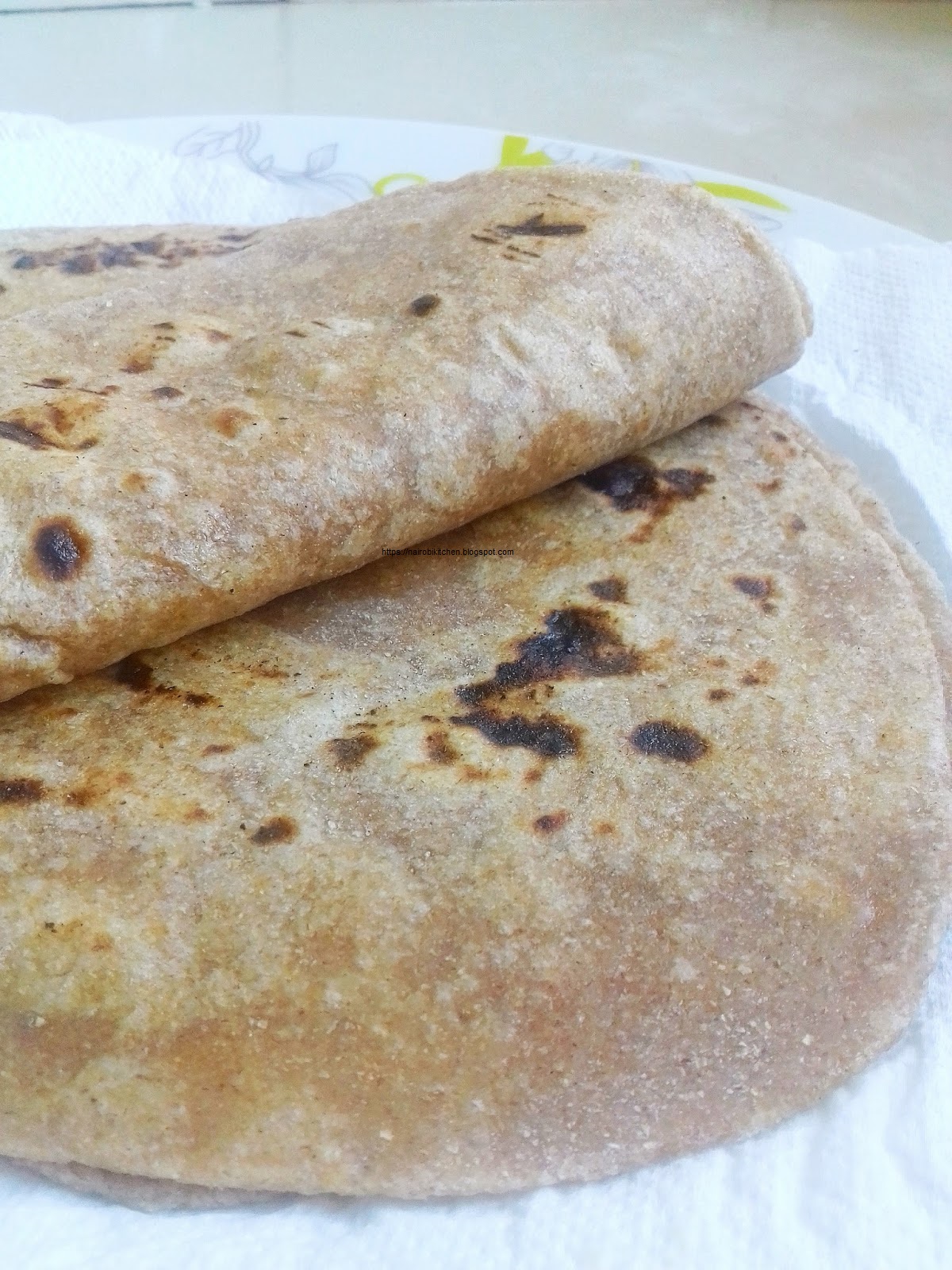 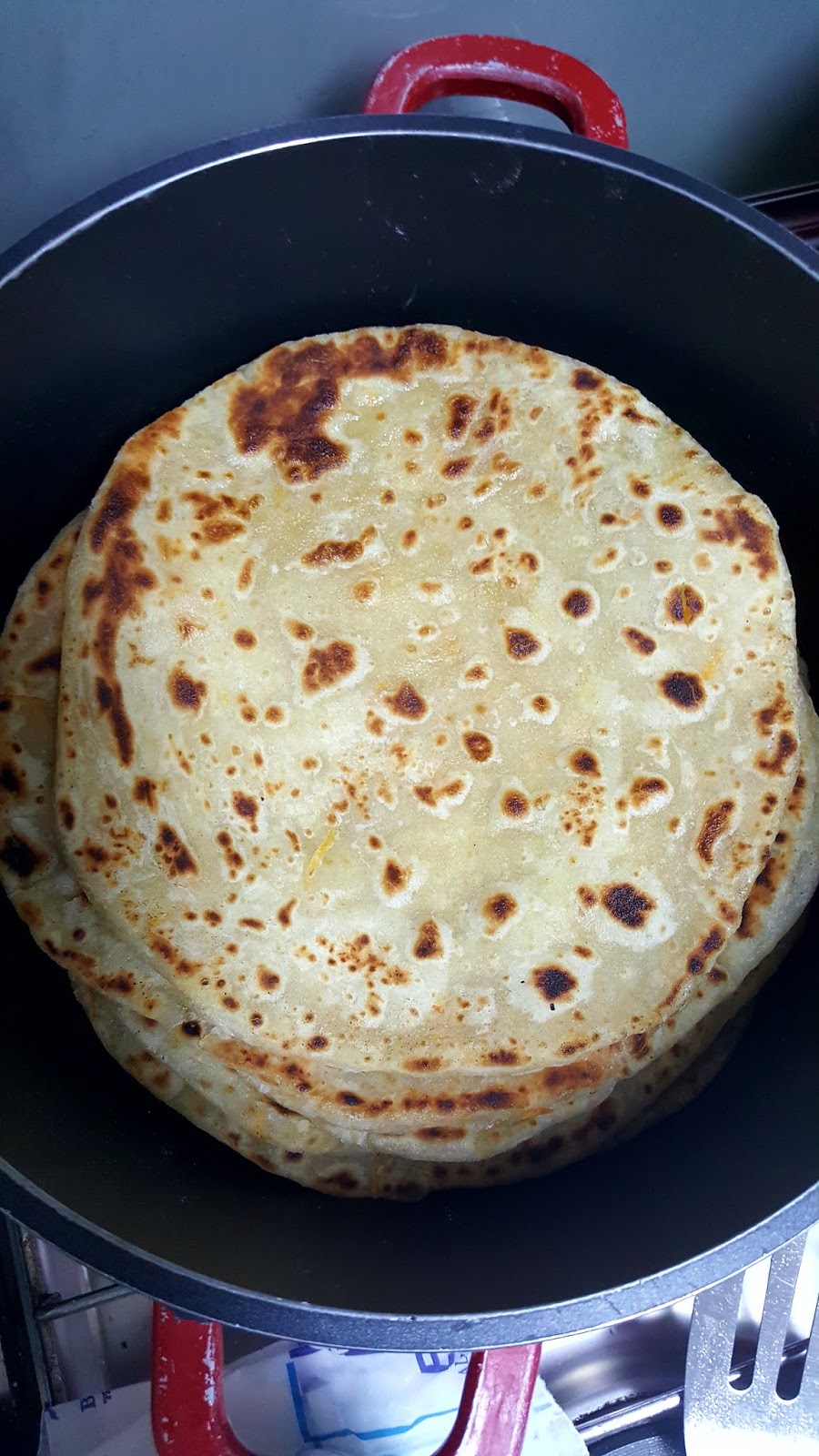